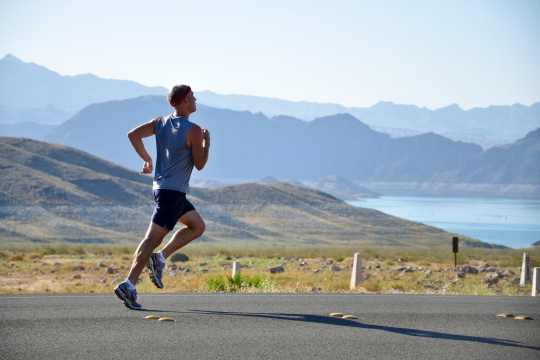 NAD (nicotinamide adenine dinucleotide) is a coenzyme found in the human body that plays a critical role in various cellular energy functions. Although abundant in the body, as an individual ages, NAD levels fall, reducing the amount of metabolic energy the body can produce. Regular NAD therapy sessions can increase the bioavailability of NAD in the body, which can further accentuate NAD’s regenerative effects on the body. This article highlights seven principal benefits of receiving NAD therapy, including the science behind each benefit.

Since all cellular functions rely on this energy, less of it has an overall negative impact on the body, a factor scientists believe contributes to the aging process. NAD therapy replenishes declining NAD levels in the body, supplying cells with the fuel they need to repair, regenerate, and heal faster. Here are seven ways regular NAD treatments can benefit your health.

Scientists have found that as we age, NAD levels decline, which reduces the bioavailability of NAD at a cellular level. When this happens, mitochondria (the cell’s batteries) lose power, slowing down critical functions like waste removal (e.g. free radicals) and regeneration. When this happens, cellular death outpaces cellular generation, which accelerates the aging process.

Regular NAD therapy replenishes NAD levels in the body so that as the body ages and natural NAD levels fall, the body has a supplementary source to rely on. This extra NAD helps cells, including skin cells, rejuvenate and regenerate, slowing down the aging process. NAD therapy can also have a positive impact in slowing down or reversing the onset of age-related conditions like neurological disorders.

Age-related and weight-related metabolic disorders have one thing in common: they are influenced, in part, by an insufficient supply of NAD. In addition, low NAD levels have been linked to other metabolic disorders like diabetes and fatty liver disease. However, scientists have found that elevating NAD levels through IV therapy can halt metabolic disease and possibly reverse some disorders.

Addiction recovery can be a challenging process, especially when dealing with withdrawal symptoms. NAD therapy can be useful in aiding addiction recovery because scientists believe that its signaling and metabolic functions can affect how the body fights addiction.

What is even more exciting about using NAD to manage addiction is that it can target multiple types of addiction, including addictions to drugs and food.

NAD therapy helps manage chronic pain because it contains vital bio-signaling factors called sirtuins that modulate the inflammatory response at a cellular level. When supplemental NAD is introduced to the body, these signaling factors increase, telling the affected cells to switch off the inflammation response, significantly reducing chronic pain.

As brain cells age, they lose plasticity (ability to adapt to a changing environment) and neuronal stress resistance. As this happens, the cells begin failing at passing on brain impulses, which results in declining cognitive function. It is believed the same mechanics occur in neurodegenerative disorders like Alzheimer’s and Parkinson’s.

Low energy and chronic fatigue are linked to a reduction of metabolic energy at a cellular level. Although other factors may influence low energy and fatigue, scientists believe one common underlying determinant is the ability of mitochondria to generate energy, a process directly influenced by NAD levels.

Additionally, one study explored the link between NAD and energy and found it directly linked to ATP (adenosine triphosphate) production, the body’s energy-carrying molecule. Low NAD levels are tied to low ATP levels, resulting in fatigue and low energy levels.

Regular administration of NAD therapy has been found to catalyze an increase in ATP production, resulting in elevated energy levels.

Anxiety, depression, and similar disorders are thought to be associated with a destabilization of neurotransmitter levels such as those of serotonin and noradrenaline. NAD has been found to have an anti-depressant effect as it modulates these and other neurochemicals to correct any imbalances, resulting in better mood regulation.

The effects of NAD on the brain extend to brain physiology, helping the brain form new cells in damaged areas, an important aspect in the long-term management of depression. Regular NAD therapy can help elevate mood, reduce anxiety, and manage depression. However, unlike medical treatments, NAD therapy has the potential to reverse the effects of anxiety and depression permanently.

The full benefits of NAD therapy are only starting to emerge as scientists delve deeper into its hitherto untapped potential. What they all agree on, and various studies confirm this, is that NAD plays a crucial role in ensuring cells remain active and vibrant, a significant component of regenerative science.

Regular NAD therapy offers the body the best chance of keeping itself young, vibrant, and active while doing so in a safe and non-toxic manner.

If you would like to optimize your body functions at a cellular level, NAD therapy with Concierge MD is powerful and effective with significant upsides and none of the downsides associated with traditional medications. Give us a call or book an appointment using the button below.